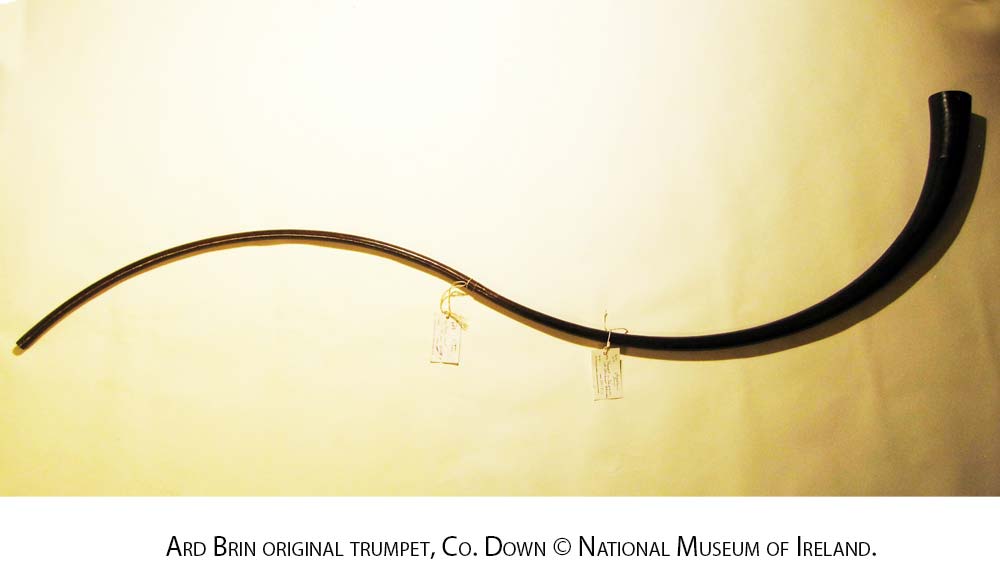 This Iron Age trumpet from Ard Brin, Co. Down, Northern Ireland is probably the most delicate and sweetest sounding of the Irish Iron Age trumpets. There are two parts surviving which were found at Ard Brin, Co. Down in 1801. The two tubes, one cylindrical and the second longer and Ard Brin trumpet is conical when joined make up an overall shallow S curve of 239.5 cm in length.

The original centre connector and mouthpiece are missing, though the instrument is fitted with a brass connector which was made in the 19th century. The tubes are joined along the inside curve by over 1,000 rivets. A substantial amount of wear is visible where the instrument had been held in Ard Brin being examined by John Creed of Scotland the two hands of a player or players.

Clearly the trumpet was played many times over many years. At least 12 notes in a harmonic series from a B fundamental can be played accurately with a similar spacing and back pressure to that of a trombone.