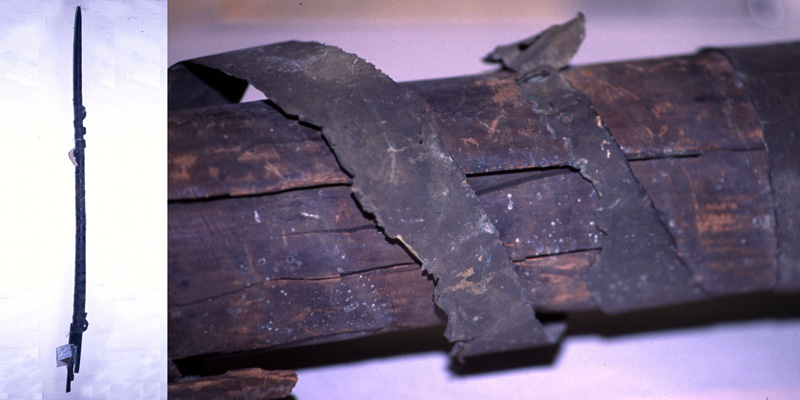 The Bekan horn from Co. Mayo, Ireland is undoubtedly the most unusual of all the Irish prehistoric instruments. The original was found in a bog during turf cutting in the townland of Bekan near Knock, Co. Mayo in 1791. Though not in great condition yet most of the instrument remains and the complete length and width can be established. Of particular interest is that the Bekan horn was played with a beating reed. Exploration of the first reproduction revealed a multi note instrument which behaved in a similar fashion to a long lip reed horn and yet was played as a type of bassoon. So perhaps it was a form of hybrid which was developed in the Medieval period and subsequently fell out of use. It is remarkable that this unique and clever arrangement should have been preserved by a bog on the Western extremity of Europe. The first reproduction in modernity has been named the ‘mayophone’ or or ‘guth cuilce’.