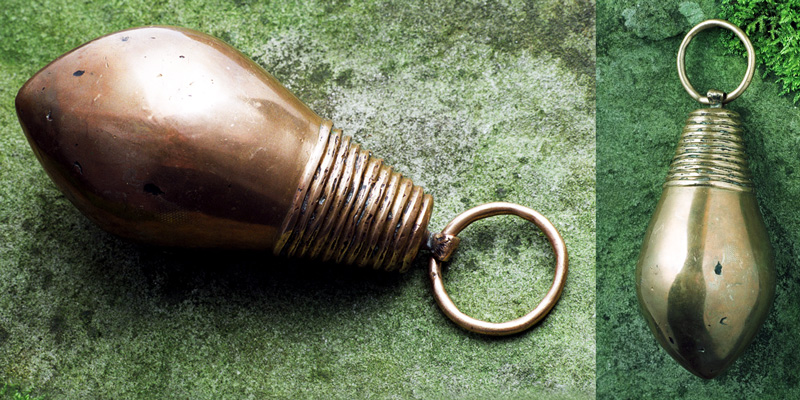 The word crotal is Gaelic meaning rattle or bell. A total of forty survive from the late Bronze Age. Thirty-nine were found as part of The Dowris Hoard near Birr in Co. Offaly and the remaining single example is from Co. Antrim. The largest are approximately the size and shape of an avocado. They are hollow cast bronze and most have a stone or pebble inside which moves around when the crotal is shaken in one hand or between two hands causing a rapid rattling or high-pitched ringing. By employing deliberate swinging or shaking, definite rhythm patterns can be played. It is also possible to hang a number of crotals around the waist from a belt and they will ring when the person dances up and down. The origin of the crotal is unknown. They must have been important to the people of their time. The value of bronze and the high level of casting and welding employed to make each one would cause them to be very expensive.

Yet all but one was found together in the same location. It has been suggested that they, with the horns, were used as part of a bovine cult and their distinctive shape represented the scrotum of a bull. Yet a crotal clearly consists of a single entity while a scrotum appears as two. More probably they were designed to fit snugly into a hand so that the distinctive high tinkle could be played at an appropriate moment.