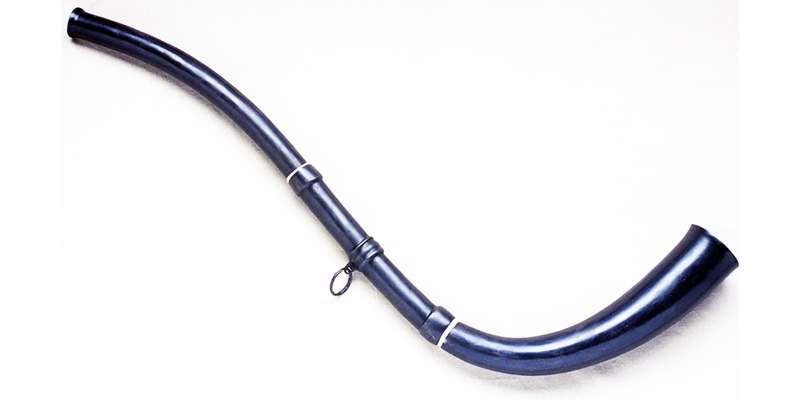 An end-blown, mid-range trumpet, the design for this instrument was taken from a drawing of an original horn from the ‘Dowis’ hoard, Co. Offaly, Ireland and made by Simon O’Dwyer. The new instrument was fashioned in three parts using wax. These pieces were individually cast in bronze by the Dublin Art Foundry in 2005. The foundry used the new ceramic shell casting methods and the three pieces were then welded together. The original is incomplete so a new mouthpiece tube had to be designed. Two identical trumpets were made at the time. The second one was presented to Dr. John Purser of Scotland who subsequently handed it on to the keeping of musician Kenneth Sands also of Scotland during the 2nd Ancient Music Ireland Conference in 2019. The other trumpet remains with Ancient Music Ireland.