In Praise of St Columba 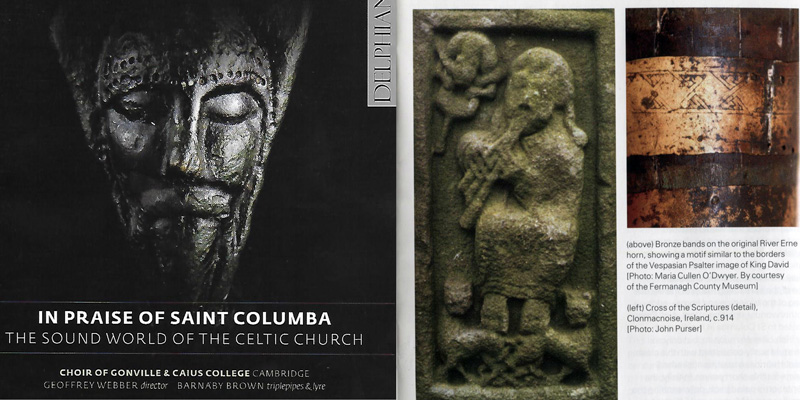 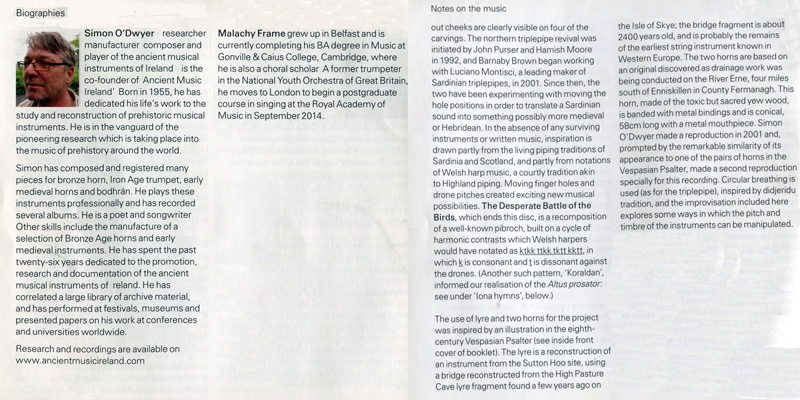 The Sound World of the Celtic Church

Simon O’Dwyer was invited by Geoffrey Webber, director of the Choir of Gonville and Caius College Cambridge to play Early Medieval Psalter horns, bodhrán and crotal (Bronze Age hand bell) on a
recording of Early Celtic music. The choir was also accompanied by Barnaby Brown playing triple pipes and lyre and Malachy Frame (also a member of the Choir) on Psalter horn. The recordings were conducted under the baton of Geoffrey Webber and Delphian Records and took place in St. Peters Church, Horningsea, Cambridgeshire in July 2013.

It was of great significance and importance to the research of Ancient Music Ireland to successfully include Early Medieval horns with an Internationally renowned University choir singing some of the earliest written music in Europe.