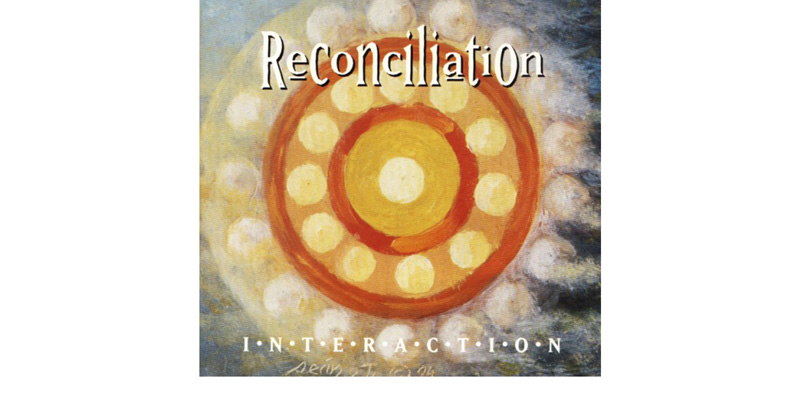 Following the initial success of the band in Australia, ‘Reconciliation’ came together again when Phil Conyngham re-joined Simon O’Dwyer and Maria Cullen O’Dwyer in Europe.

The second band album ‘Interaction’ was recorded in Dublin, Ireland in early 1994. By this time the threesome were seeking to explore new sound combinations and rhythms which were made possible by the recording and mixing techniques that had emerged around the dance/club industry. The tunes were recorded under the supervision of Rod Callan who had gained expertise in the best ways to capture the sometimes strong frequencies that are a part of ancient instruments. In some instances individual tracks were taken to London and remixed by master techno engineer Andy Ashford. The finished product was post mastered by Peter Mew, Abbey Road Studios, London. ‘Interaction’ in ways relates back to the idea of the concept album which had been so popular in the early 1970s. Yet, it also breaks new ground expanding the frontiers of musical composition and bringing ancient sounds into a new and vibrant world.  The cover artwork is an oil painting by renowned Dingle artist Seán O’Treasaigh.  This image is part of a triptych work.  The full painting was folded in three to form the booklet when the album was released in CD format by Solid Records in 1994.

Listen to samples or purchase the album