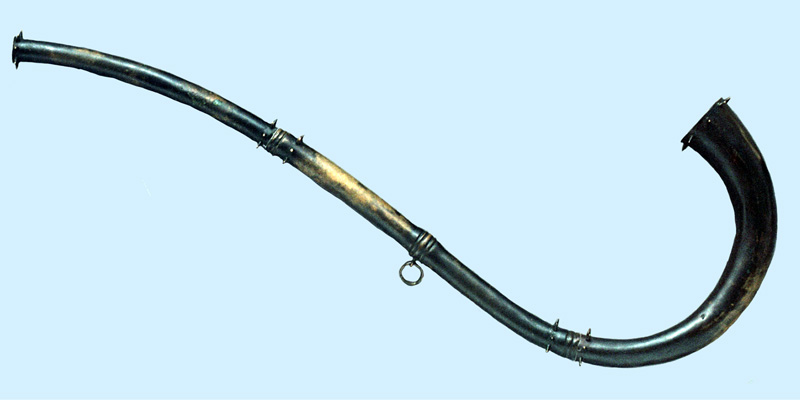 The second ‘dord íseal’ made in modernity has been the working instrument for Simon O’Dwyer since it was designed by him and cast by the Dublin Art Foundry in 1998. It is made in the same fashion as the original from which it is copied. The full instrument shape combines three parts which join together to form a long-curved instrument. As the mouthpiece end is missing on the original instrument, a new tube with a lip cushion on the end and decorated in the same way as the other parts was designed and made to fit on the end of the instrument. The resulting complete trumpet has been played for numerous demonstrations, presentations and concerts both in Ireland and Internationally by Simon O’Dwyer. This instrument is also a major feature in the music of the band ‘Reconciliation’. This large end-blown trumpet produces a rich bass sound upon which overtones and harmonics may be produced.