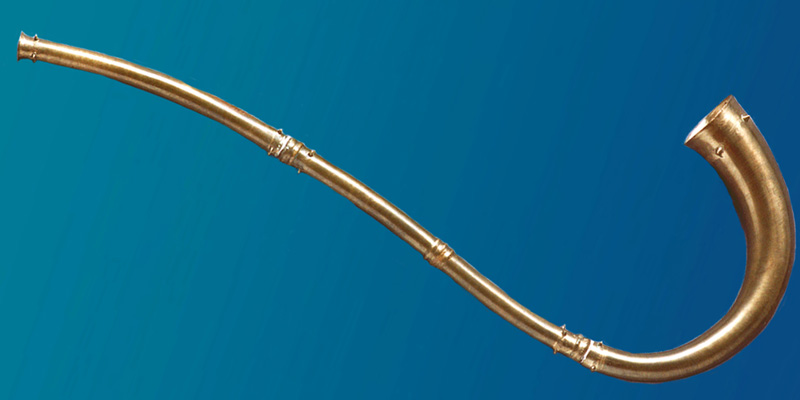 This Bronze trumpet is the first prototype of these larger bass instruments made in modernity. The design was taken from a drawing by George Eoghan of an original from Co. Kerry. The new instrument was commissioned by Simon O’Dwyer and cast by the C.A.S.T. Foundry in Dublin, Ireland in the Summer of 1989. Though the casting was successful the resulting instrument was very heavy. It was playable in the key of D and was used by O’Dwyer for a tour of Australia in the Spring of 1991. Today it serves as a predecessor to subsequent large end-blown bass trumpets that were made lighter and closer to the originals.