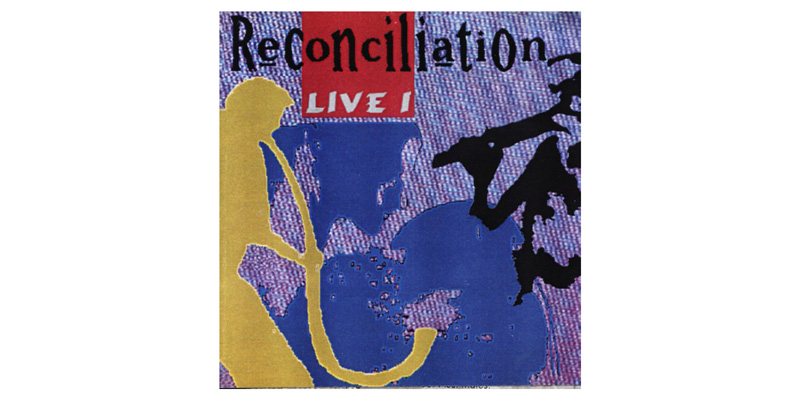 In the autumn of 1996 ‘Reconciliation’ was invited to tour again in North and East Germany. It was decided to put together a live compilation album from recordings of gigs over the previous two years. In 1994 and 1995 the band had travelled widely achieving great success as a live act. At the Sound Symposium, Newfoundland in July 1994 the concert was performed in a 3000 seat venue to a full house.

Another notable success was an appearance in the acoustic tent at the Glastonbury Festival, England that same summer. Later in the year tunes were recorded at a concert in the famous music venue Whelan’s, Dublin, Ireland. The album also features tracks from a short German tour in 1995. ‘Live One’ presents the versatility and driving strength that was being achieved by ‘Reconciliation’ at this time. Sometimes the sounds are so complex that it is easy to forget that the live music of ‘Reconciliation’ is played on acoustic instruments by only three members.

Listen to samples or purchase album