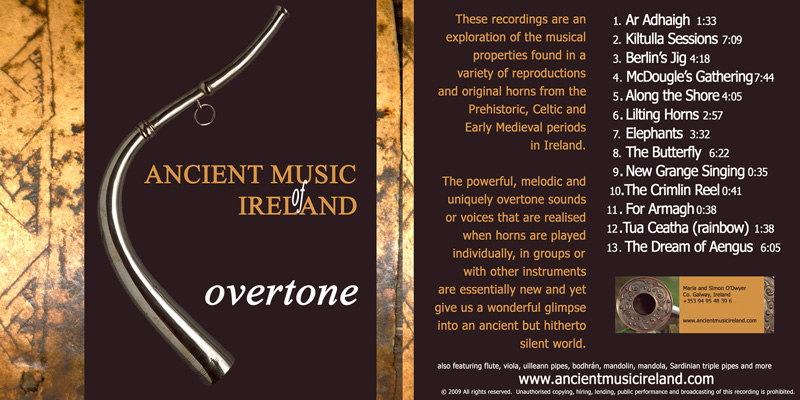 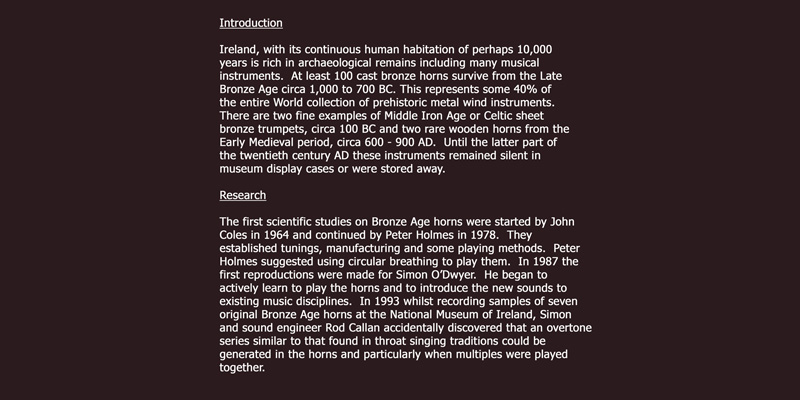 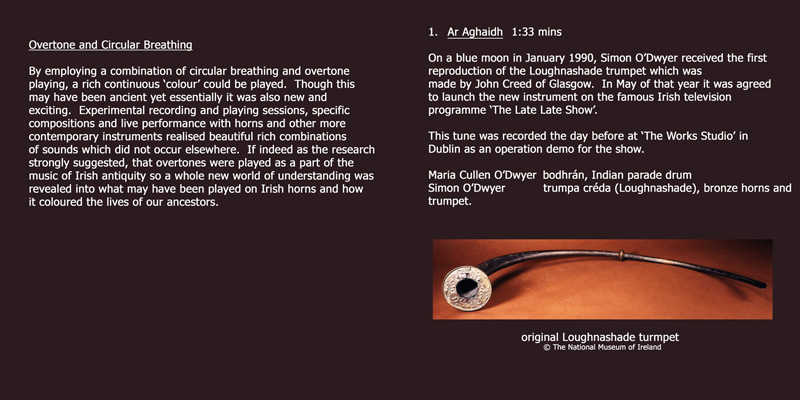 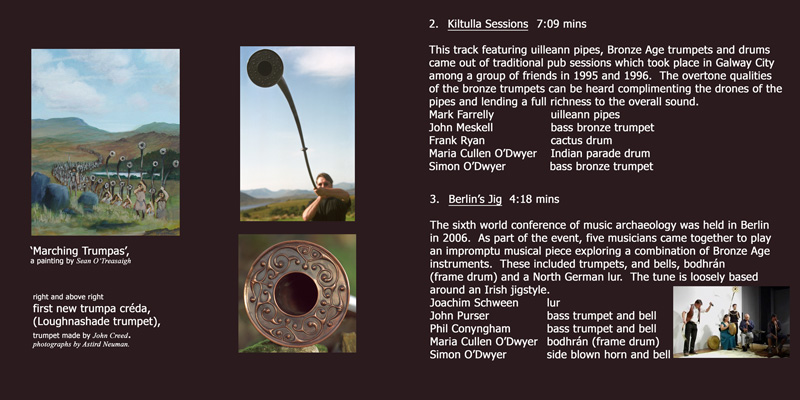 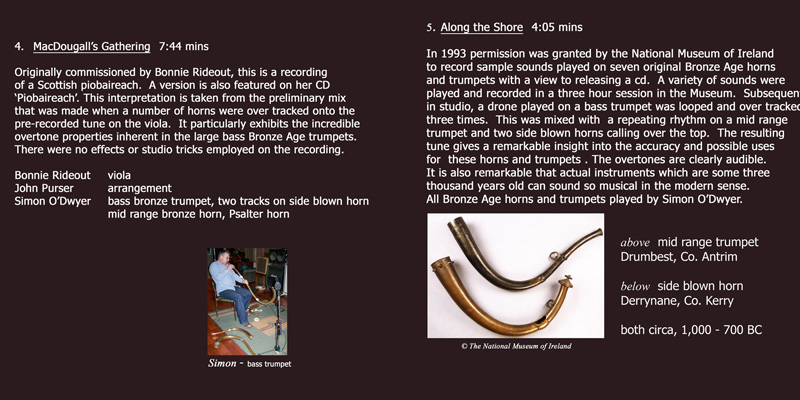 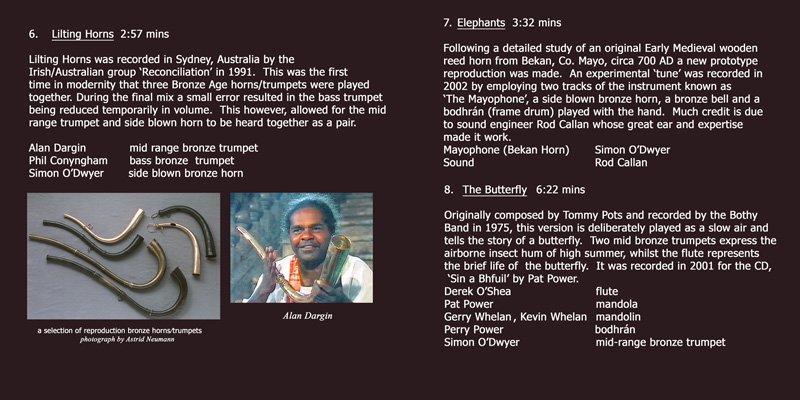 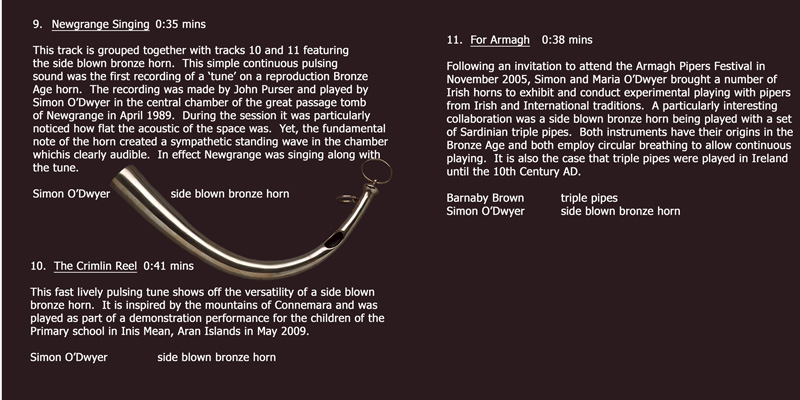 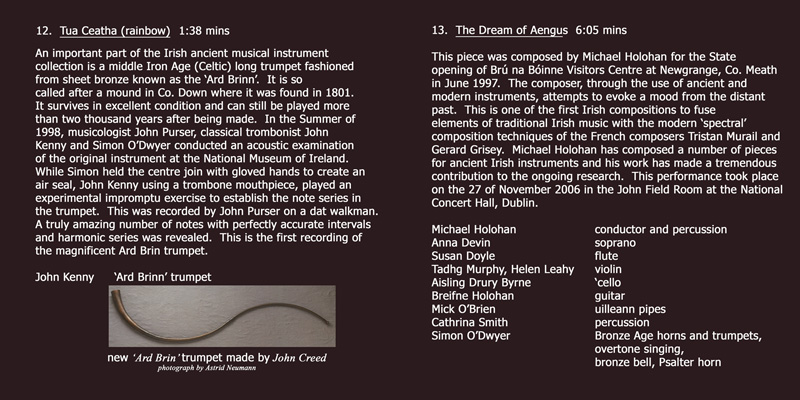 The album Overtone was first released at a live concert in St. Nicholas Church Galway on Friday the 13th of November 2009. The 13 tracks were chosen from the Ancient Music Ireland archive
specifically to bring out the overtone qualities which had been discovered in a number of original ancient horns. Normally the &#39;overtone&#39; phenomenon is only expressed through singing techniques from Nepal, Tibet and Tuva. However, during a recording and mixing session of surviving complete Late Bronze Age Irish horns in 1994 for The National Museum of Ireland, it was perceived that a number of higher notes were audible over the fundamental tone of the lower instruments.

Experimentation on reproductions using the similar mouth and tongue movements to those employed in throat singing created the same effect. It also became apparent that two or more horns played together appeared to amplify higher tones. In 2008 Simon O&#39;Dwyer was requested by Musicologist and Producer John Purser to play horns as a musical accompaniment to an old Scottish Piobaireach played on viola by Bonnie Rideout. The combination of the strings and the horns worked together to bring out a wonderful rich overtone combination. Following this success it was decided to go through the archive and pick tracks some of which contain overtone sounds.

Listen to samples or purchase the album.