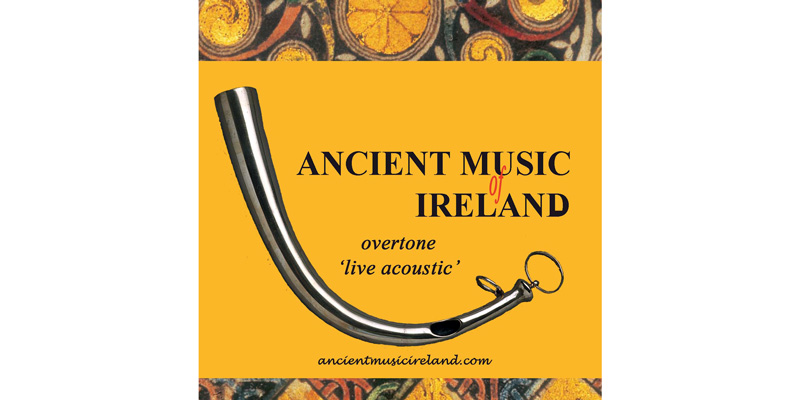 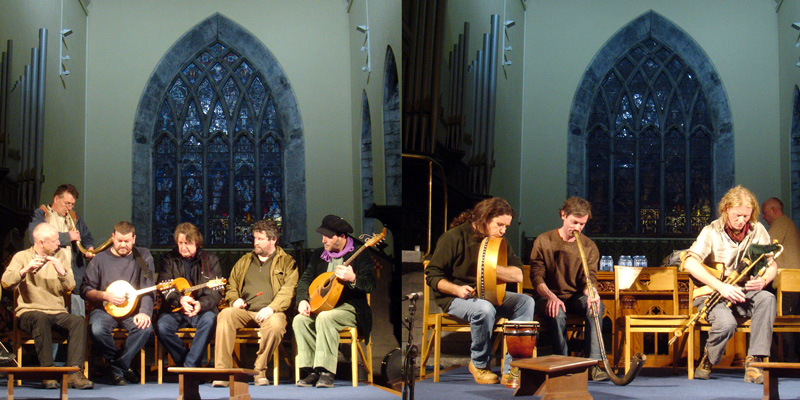 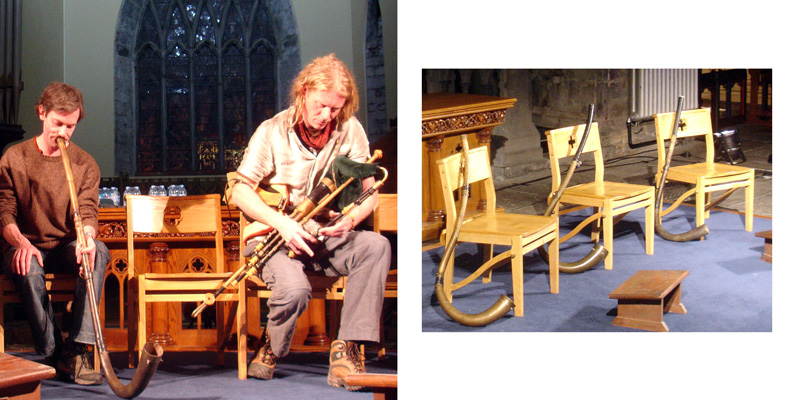 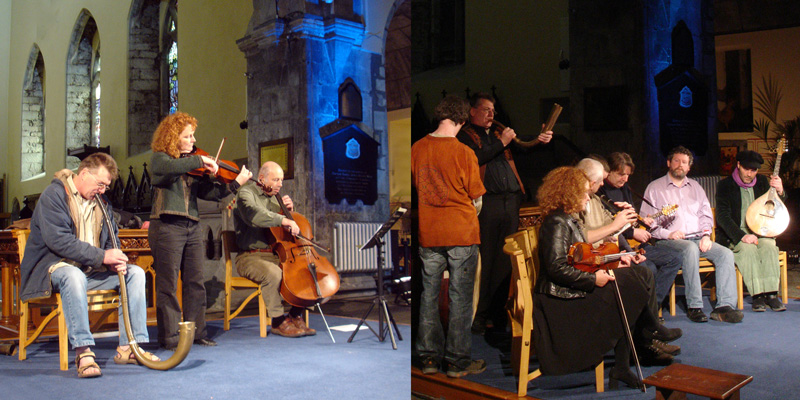 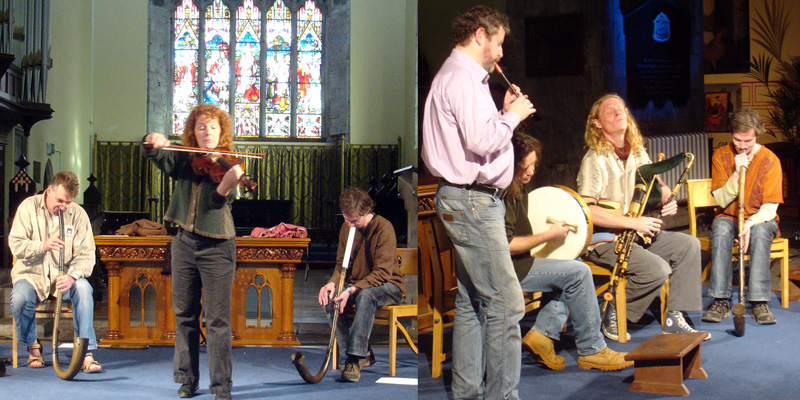 On Friday the 13th of November 2009, sixteen musicians and composers came together to celebrate the launch of the new album ‘Overtone’ Ancient Music of Ireland. That evening they performed a concert at St. Nicholas’ Collegiate Church in Galway City. The event was organised by Ancient Music Ireland to explore the overtone properties of the ancient and prehistoric horns of Ireland, Britain and Europe both in a live acoustic habitat and accompanied by other more modern instruments.

Performers were collected in groups which brought together particular combinations of sounds and musical traditions. The main purpose of the concert was to explore the variety and colour of music that can be played on ancient horns and to demonstrate them as complex musical instruments in their own right.

Some of the tunes featured only bronze horns whilst others combined them with traditional and modern acoustic instruments. It was very important that the concert would be played completely acoustically. Thus, no electronics of any kind were employed. The only microphones present were recording and the only effect was the natural soundscape created by the magnificent acoustic properties of the building. It was hoped that one or two unusual audio colours might be realised during the performance but no one could have predicted the tremendous power and richness of the sound spectrum that filled the room nor the complete certainty with which the instruments, old and new combined together in harmony.

Musicians travelled from all over the World including America, Germany, England, Scotland and from different parts of Ireland. Though many had not previously met each other before, during the rehearsal sessions on the day of the concert it became evident that something new and exciting was happening. Tunes and instrument combinations which had never been played together before took shape mainly due to the proficiency and professional excellence of the players. The concert was performed to a rapturous reception from a full house and the recordings included here are among the finest and most adventurous of the evening. One particularly historic aspect was the introduction of a reproduction English Iron Age carnyx. This was the first time in modernity that one of these instruments was played and heard in public in approximately two thousand years.

Listen to samples or purchase the album.