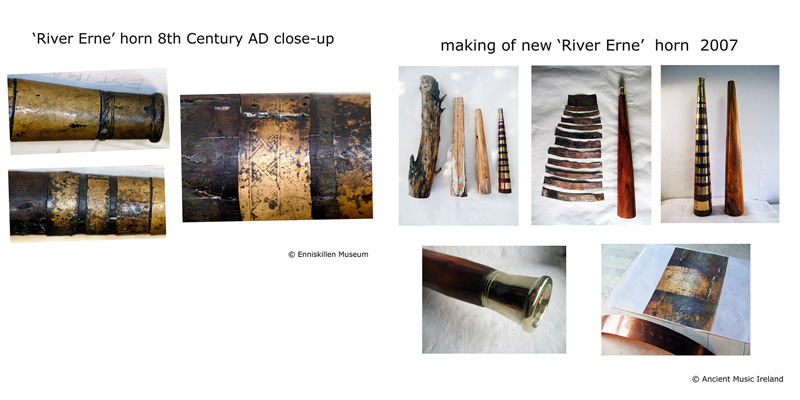 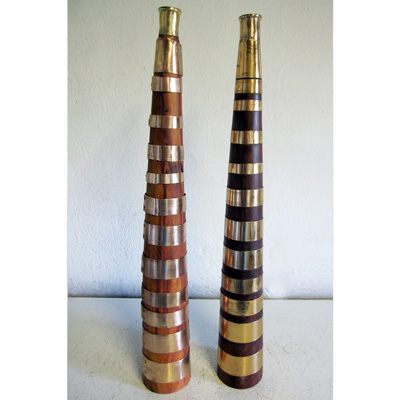 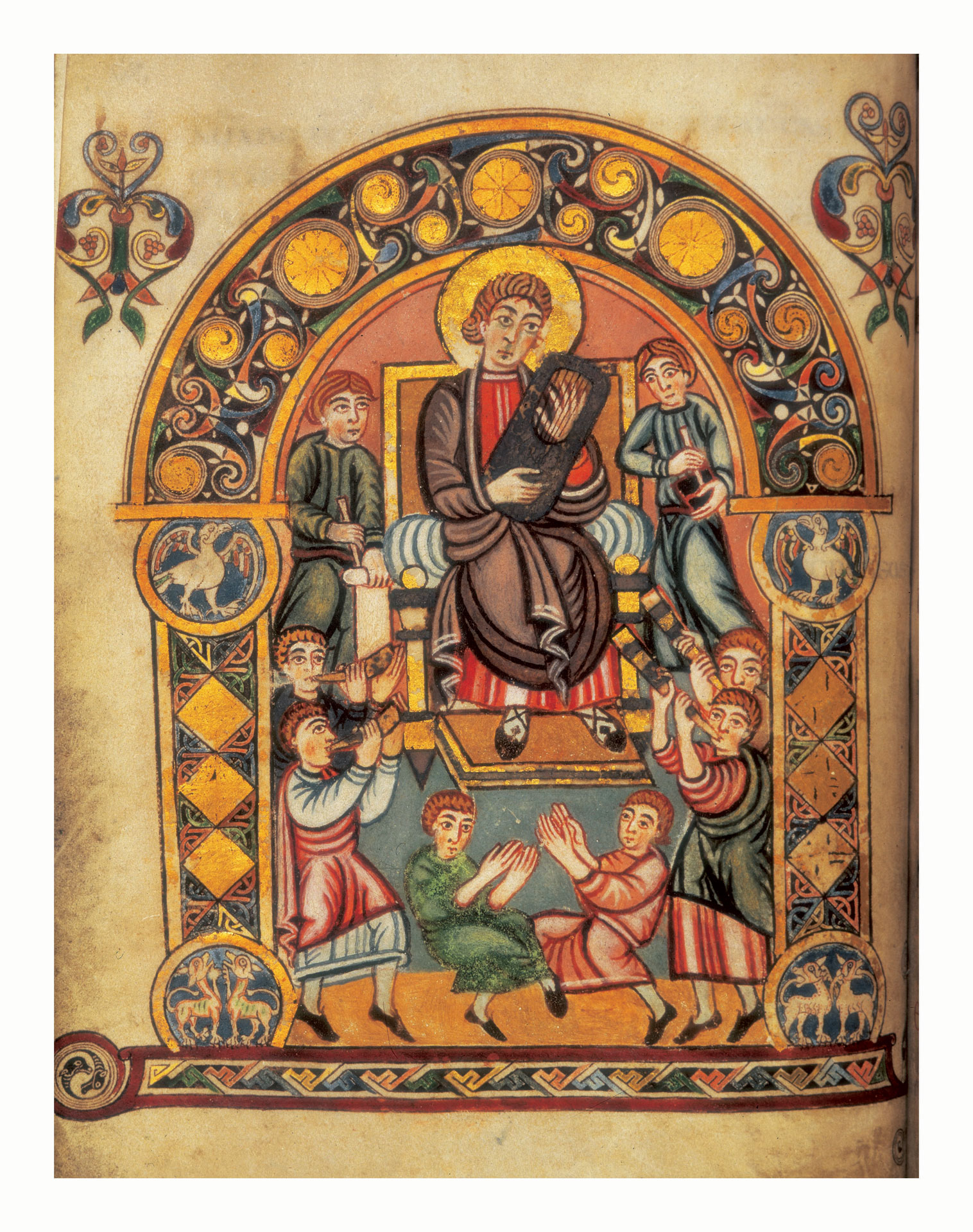 The psalter horns are reproduced from an 8th Century AD original recovered from the River Erne. Co. Fermanagh, Northern Ireland in 1956. This original instrument is in the keeping of the Enniskillen Museum, Co. Fermanagh. The psalter horns are two of five reproductions that have been made in modernity by Simon O’Dwyer and John Purser. They share similarities with the mayophone in that the wood content is yew and bronze bands are also wrapped along the length of the horn for decoration.

These horns are highly unusual in that an image exists of two being played in a musical context as part of an illumination from the 8th Century AD psalter or holy book known in the British Library as the Vespasian Psalter. To have a complete instrument from the Early Medieval era along with a contemporary picture of one being played is extremely rare. It is believed that the two originals in the image could have been playing a continuous drone together or alternately as an accompaniment to the other instruments present. This theory was successfully tested when the new pair were sounded in this way along with the Gonville and Caius Choir, Cambridge in 2015. This recording can be heard on the ‘In Praise of St. Columba’ CD produced by Delphin Records.