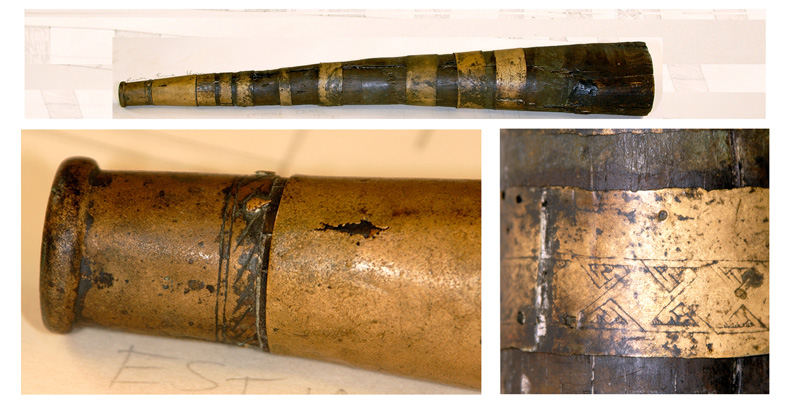 The River Erne horn was discovered as drainage work was being conducted on the River Erne in the town land of Coolnashanton near Cleenish Island four miles south of Enniskillen in Co. Fermanagh. The wooden horn banded with metal bindings is conical, 58cm long with a metal mouthpiece. This find was of great importance as an image exists of two of these horns being played as part of an early Medieval musical group in the Hibernno-Saxon Canterbury Psalter of the 8th century AD. The first reproduction of the River Erne horn was made by Dr. John Purser in 2001. The first reproductions made by Ancient Music Ireland were named ‘Psalter horns’.