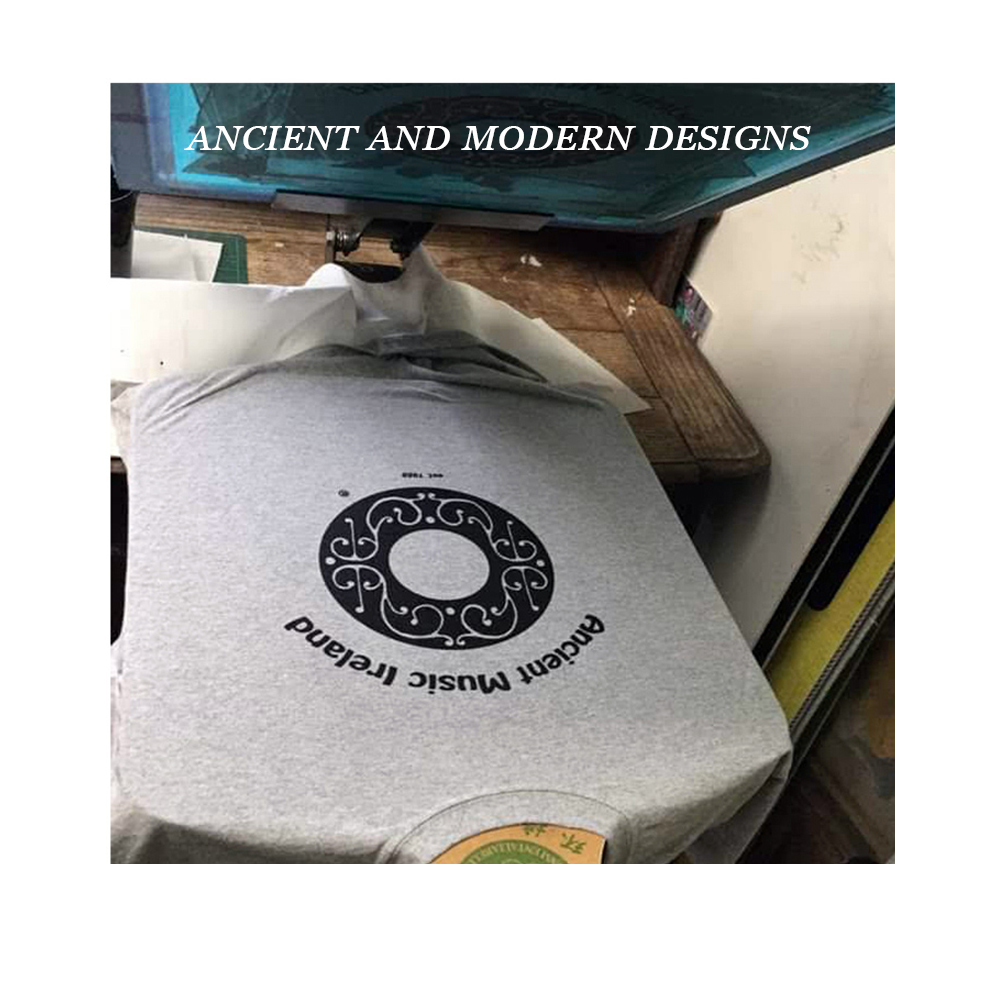 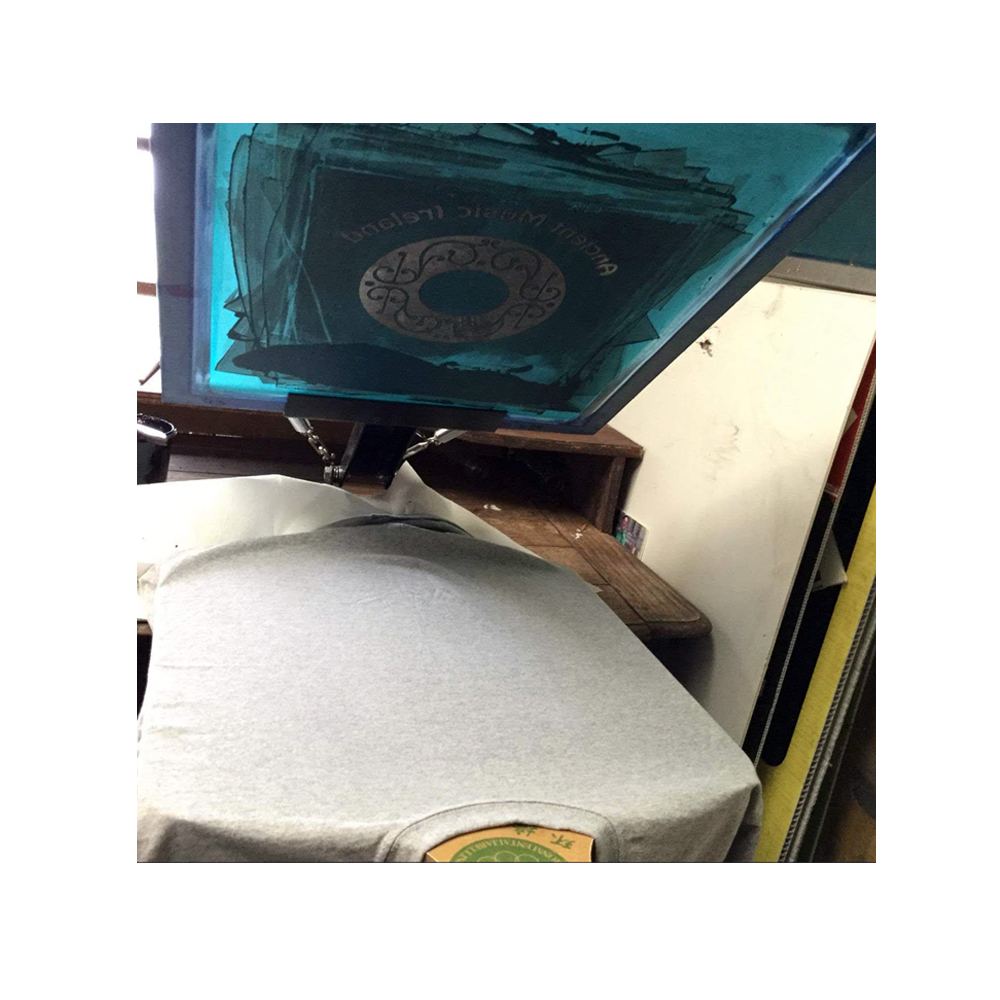 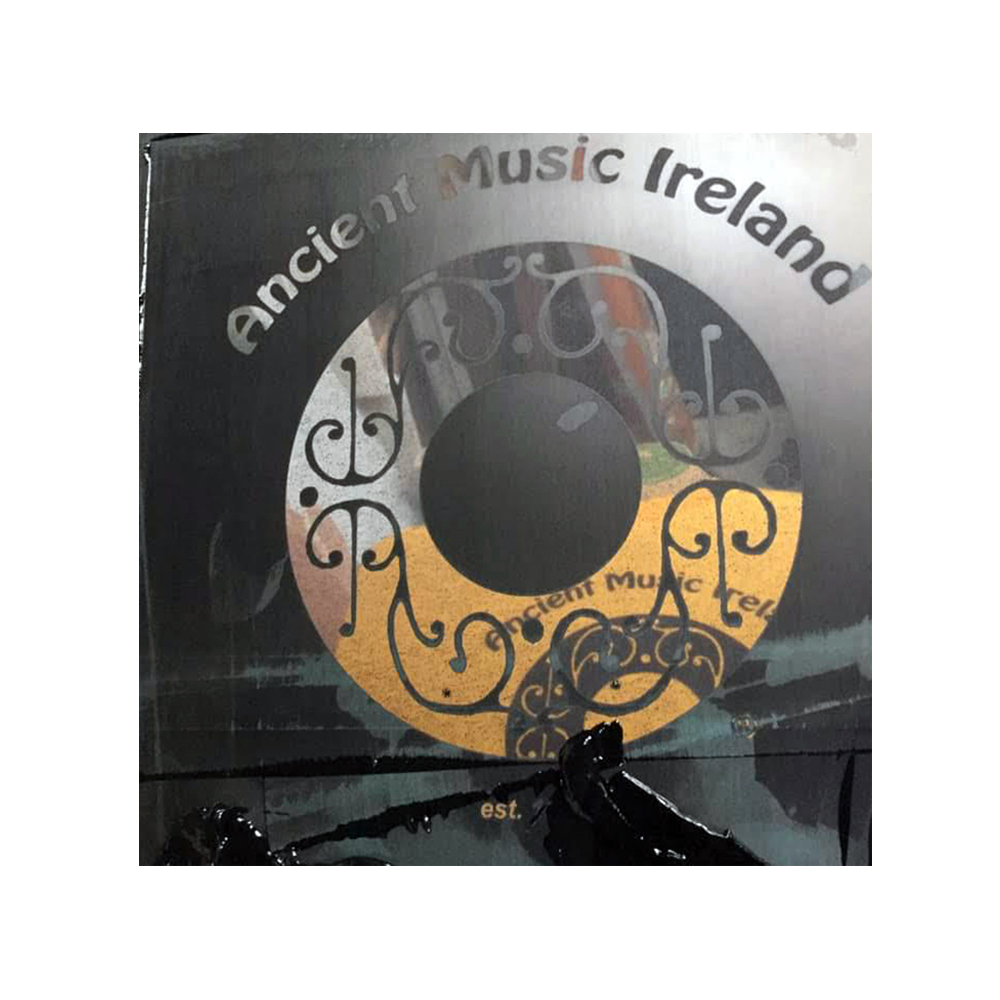 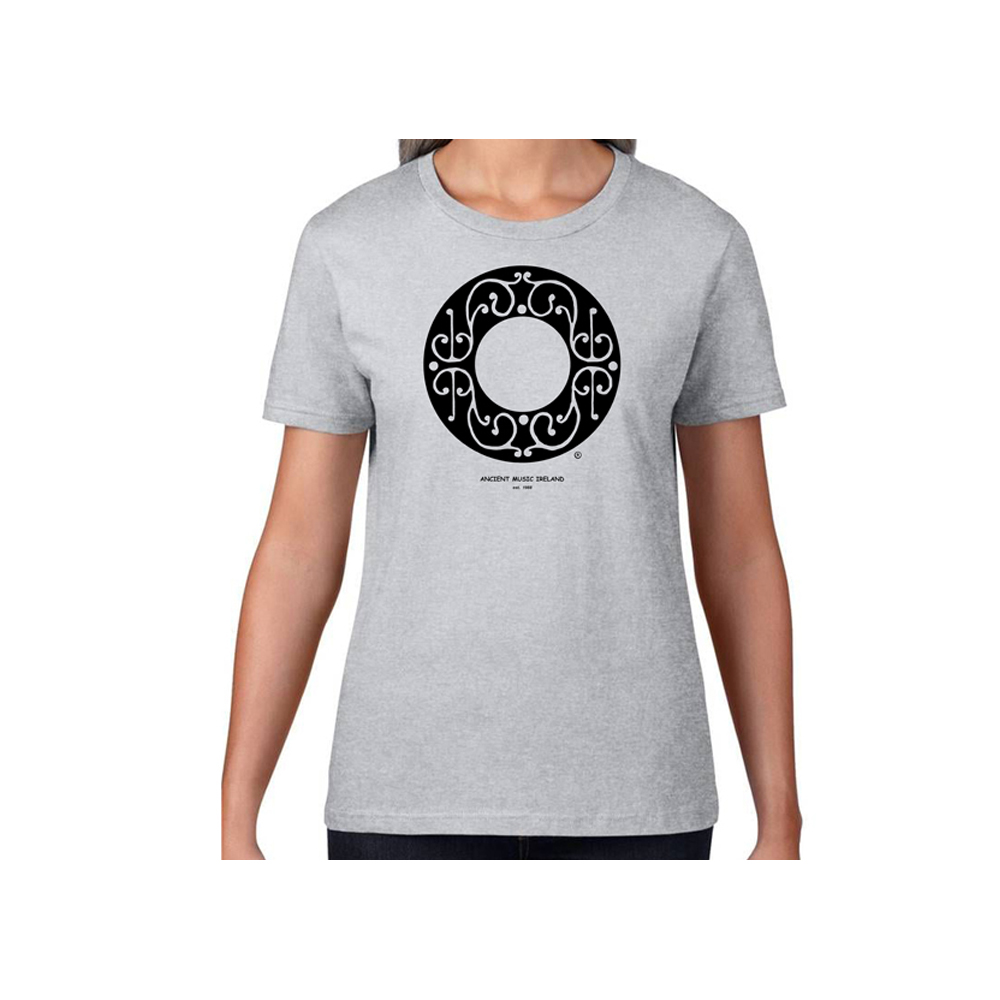 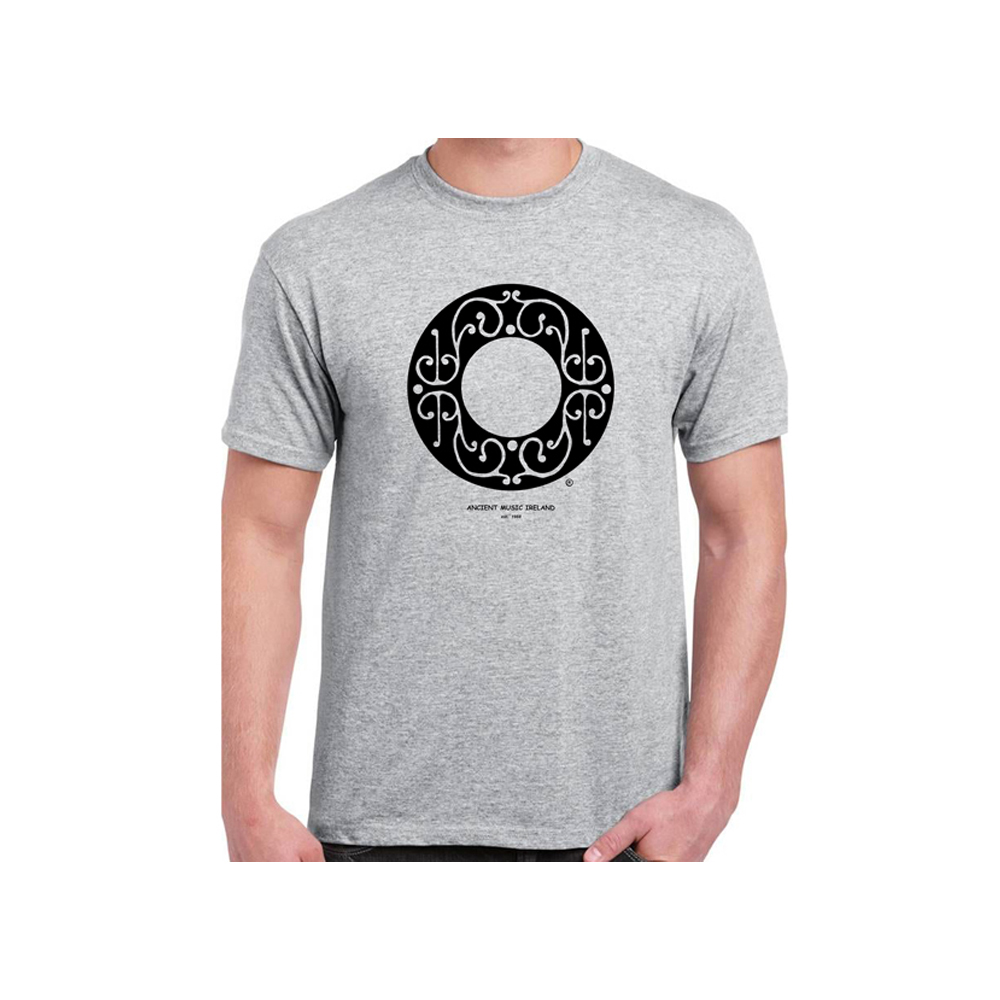 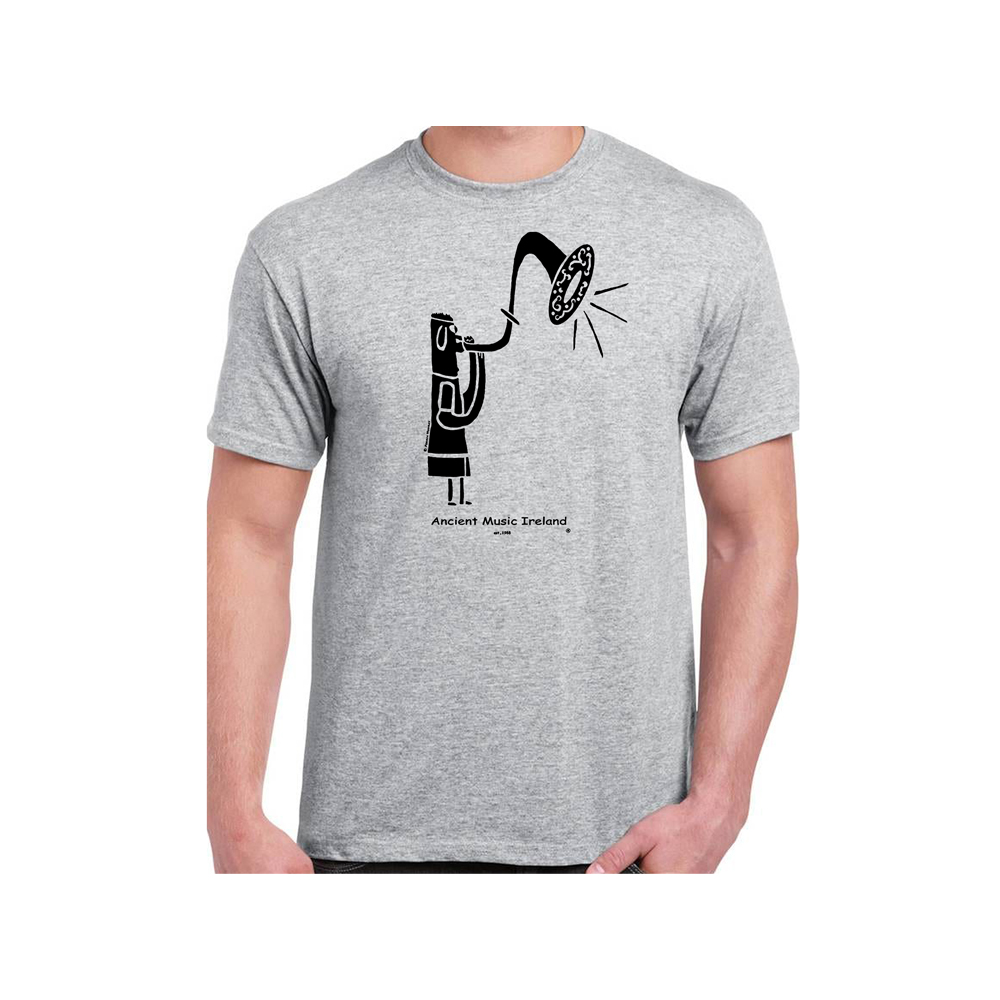 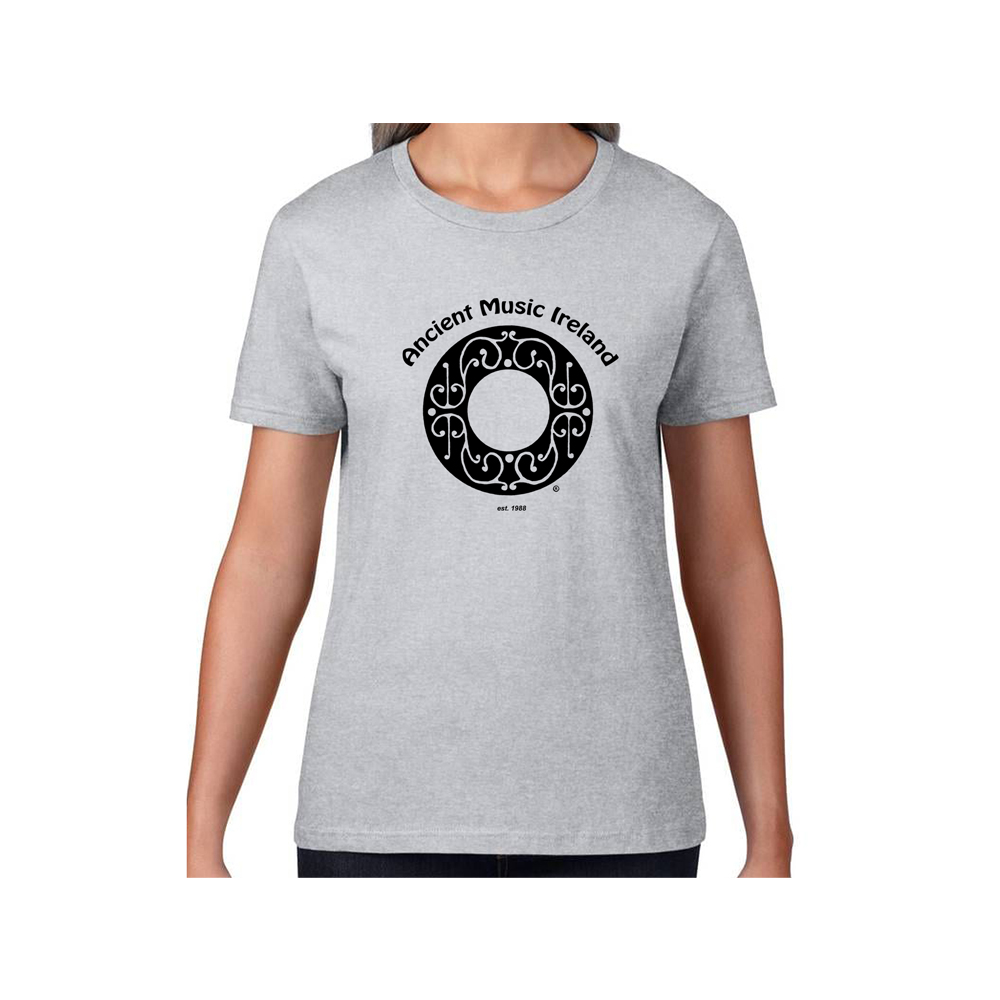 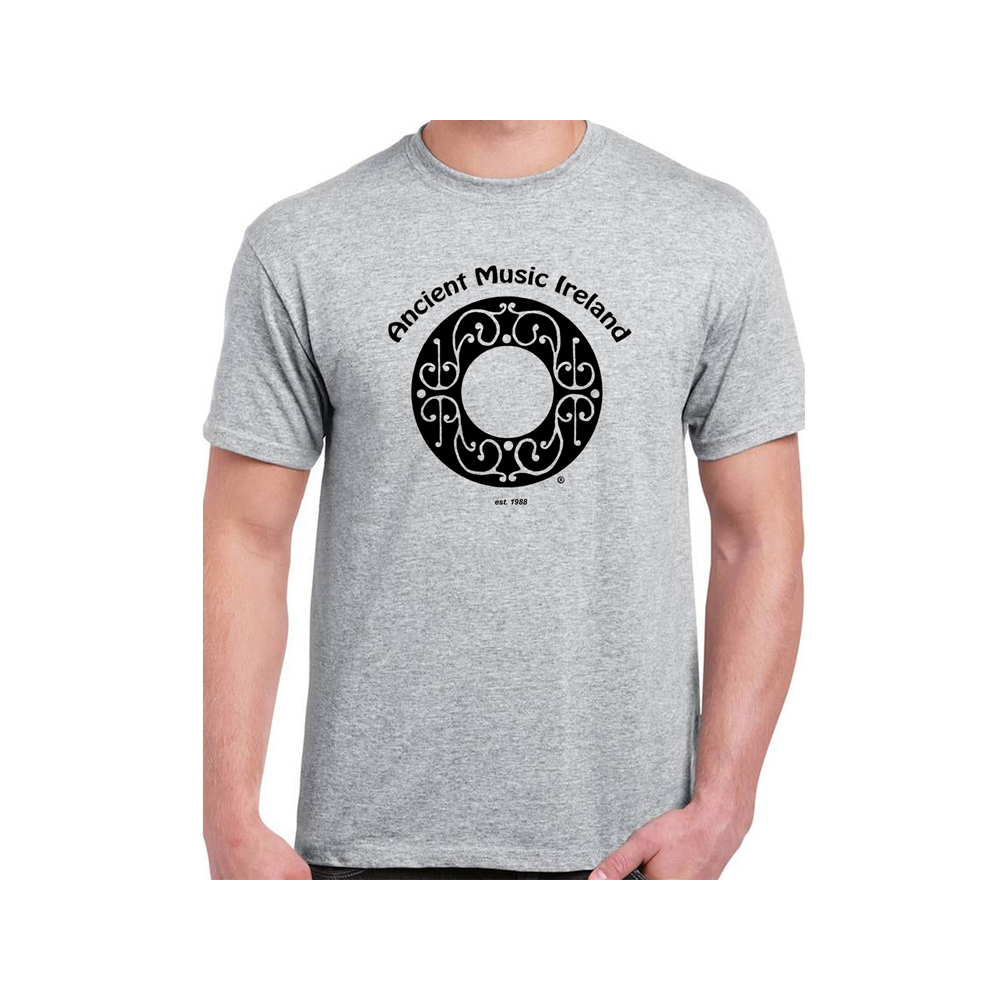 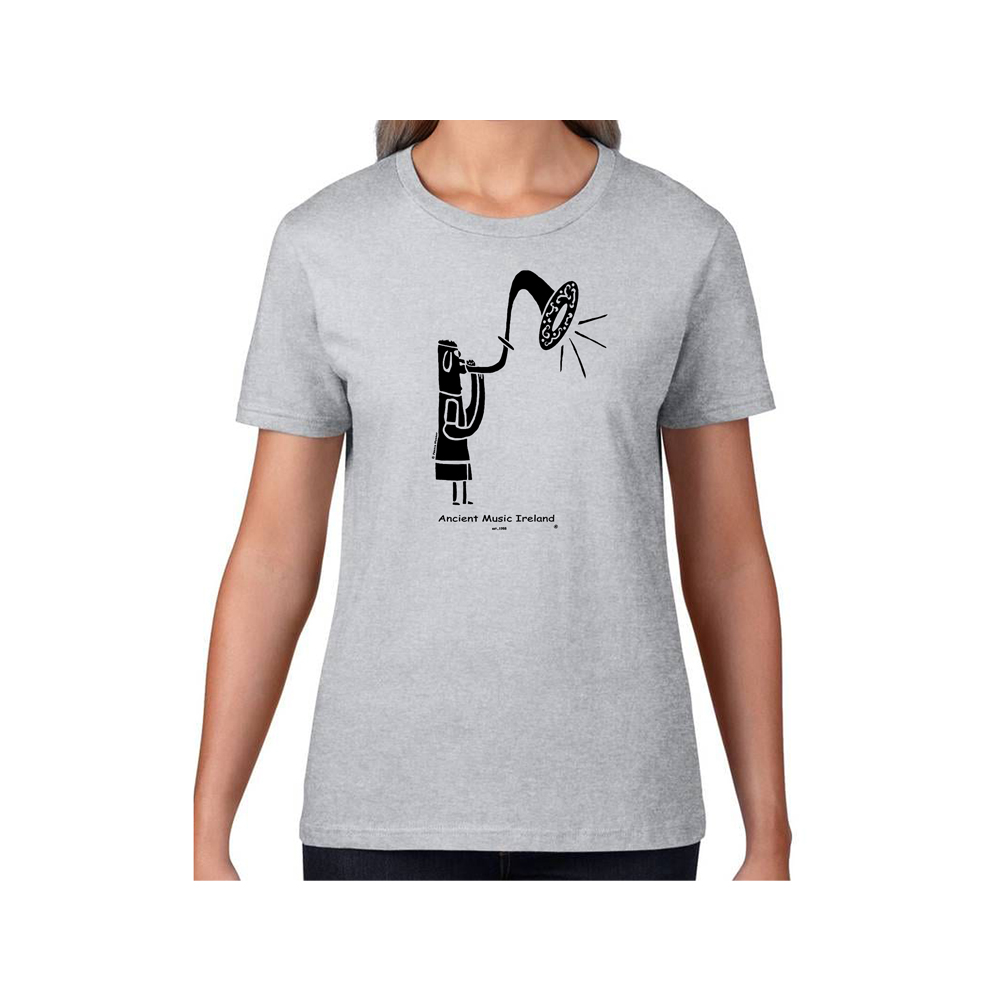 T-shirts and tote bags screen printed by Ancient Music Ireland at the workshop in the West of Ireland.

The Trumpa plate image is taken from the design featured on the ‘trumpa mór Iron Age trumpets.  As part of the reconstruction of these trumpets it was decided to include circular plates at the bell end with a floral decoration as is the case with the Iron Age Loughnashade trumpet. It’s end plate functions both as a visual feature and an enhancer of the sound. The decoration on the Loughnashade is a La Tène design thought to represent a water lily or perhaps a lotus flower.  Taking this into account and considering that the new ‘trumpa mór’ trumpets had both an Irish and a Welsh dimension it was agreed that the end plate image would be based on a fern. The plate decoration was designed by artist Derarca Cullen.  There are two variations of the ‘Ancient Music Ireland’ name offered with this design on the t-shirts and the tote bags.

The ‘Trumpa Animation’ option for the t-shirts and tote bags is a drawing by artist Ferdia Murray, a young animator of characters and symbols.  His work is truly original with the individualistic style and design he injects into his human personalities, fictional characters, imagined creatures and inanimate objects. The character you see on the t-shirts and bags in our online shop was inspired by Simon playing the Iron Age trumpet.