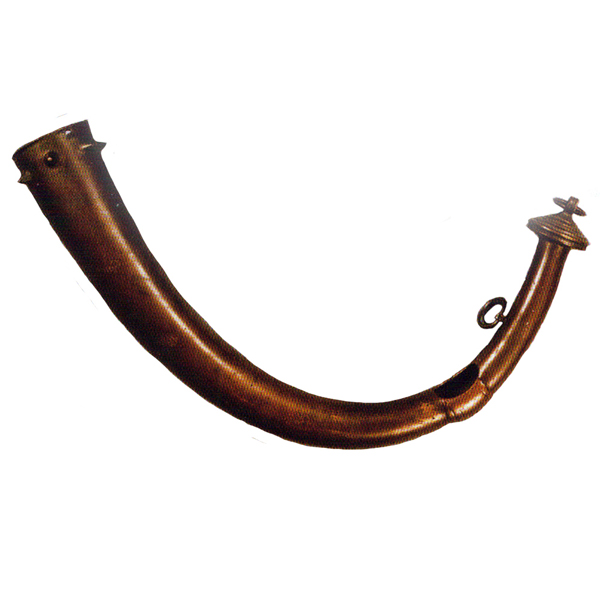 Side-blown Bronze Age horn from Derrynane, Co. Kerry.  This is a particularly finely cast example from the South West of Ireland.   The side walls are so thin that at some point in its playing life the metal broke at the mouthpiece and a weld repair was made. This is a very early example of such clever metal braising work. Its fundamental note is D and it has a particularly deep haunting tone. The image of the Derrynane horn is used by the Kerry Archaeological Society as their logo. It can be viewed at The National Museum of Ireland in Dublin.