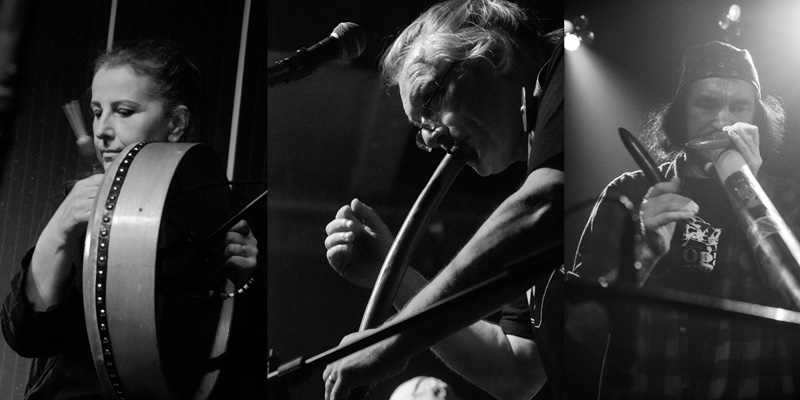 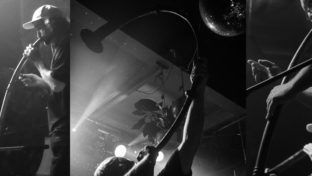 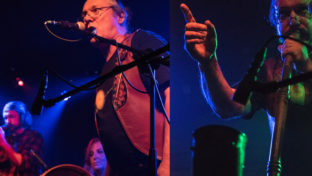 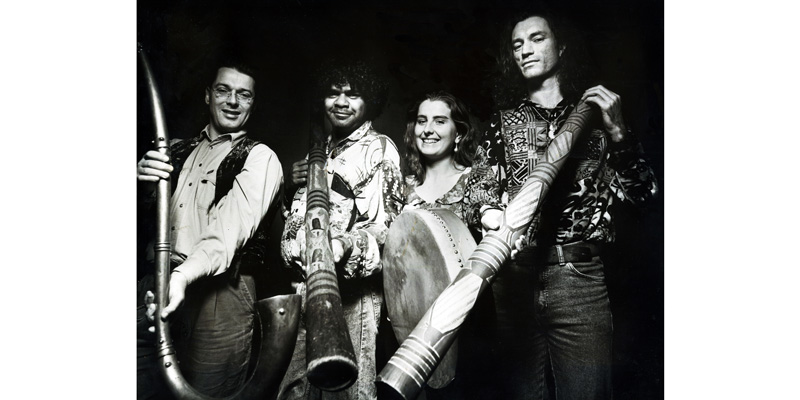 It is with heartfelt respect for the Aboriginal and Torres Strait Islander Peoples that we refer to our late friend and band member Alan Dargin.

This group ‘Reconciliation’ formed in Sydney, Australia in 1991.  The initial band had four members.  Having met on Circular Quay this group of instrumentalists quickly established a musical affinity.   They discovered a new acoustic sound. The Irish horns, trumpets and the indigenous Aboriginal instruments complemented each other to a remarkable degree.  The music originated in a natural and effortless style due to the common ground of the lip-reed instruments and the breathing techniques used.    The resulting rhythmic tunes were driven by a new pulsing percussion played on an Irish frame drum or bodhrán.    The band quickly developed a repertoire and released their first album in 1992.  After touring and promoting this album in Australia Alan Dargin was given the opportunity to pursue his acting career and chose not to promote this first album in Europe.   From this point on the band continued as a three piece.

Initially the name ‘reconciliation’ had been chosen to highlight the cultural differences that were manifest between Colonial and Aboriginal Australia and the conflict that was continuing in the early 1990s in Northern Ireland.  Though the band tried many times to re-name or re-brand the band it became clear that it is fairly unmanageable to change a name unless maybe you are ‘Prince’!

The band went on to record two further albums in the 90s, one in Ireland with Solid Records in 1994 called ‘Interaction’.  This album was toured in Ireland, England (including the famous Glastonbury Festival), Canada, Belgium and Germany.   In 1996 the self-produced and released, ‘Live 1’ album was launched in Germany.

Members continued to pursue their own personal projects including the extensive development of Ancient Music Ireland by Simon and Maria while Phil continued to record solo under his own label.  The band toured again in 2001 and released live recordings on the ‘B side’ of the ‘Old to New’ album with guest musician John Purser.

In 2010,  ‘Reconciliation’  was keen to get into the studio to write and compose again.  Several new instruments had been added to the repertoire so this introduced a new realm of sound to add to the main instruments played by each member.    Sound engineer Rod Callan of Penylan Studios travelled from Wales and recording began in Connemara, Co. Galway, Ireland.  Following a number of recording sessions with the working title of ‘the old stone’, enough material was put down to make an album.  Subsequently production and post-production were conducted by Rod Callan back in Wales.  The final mastering is by Haulke Albrecht of Germany and the new release entitled ‘One Day’ was completed in the 2019.   After an ‘unofficial’ release in North Germany later that year, plans were put in place to officially launch the album in the late Summer of 2020.

‘Reconciliation Band’ utilise rare melodic and rhythmic instruments from both living cultural traditions and from broken traditions of the ancient world to create a distinctive music.  The combinations of complex beats and tempos delivered in a modern driving dance style represent a new challenge to the accepted norms.   The persistent wall of sound built up and reflected can be cut in an instant by the performing musician.    A flanging effect can be produced by the player on any of the Bronze Age horn and trumpet collection.  Sounds resulting in a frequency spectrum related to each other form a linear harmonic series achieved by mixing fundamental keys.   Though the results achieved acoustically here are exceptional, the band are not averse to using current electronic effects to create powerful combinations and evocative sound colours that open a fresh perception into the on-going evolvement of music. 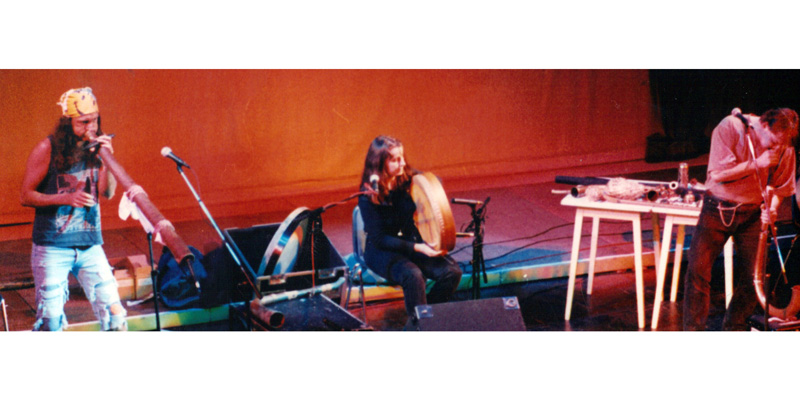