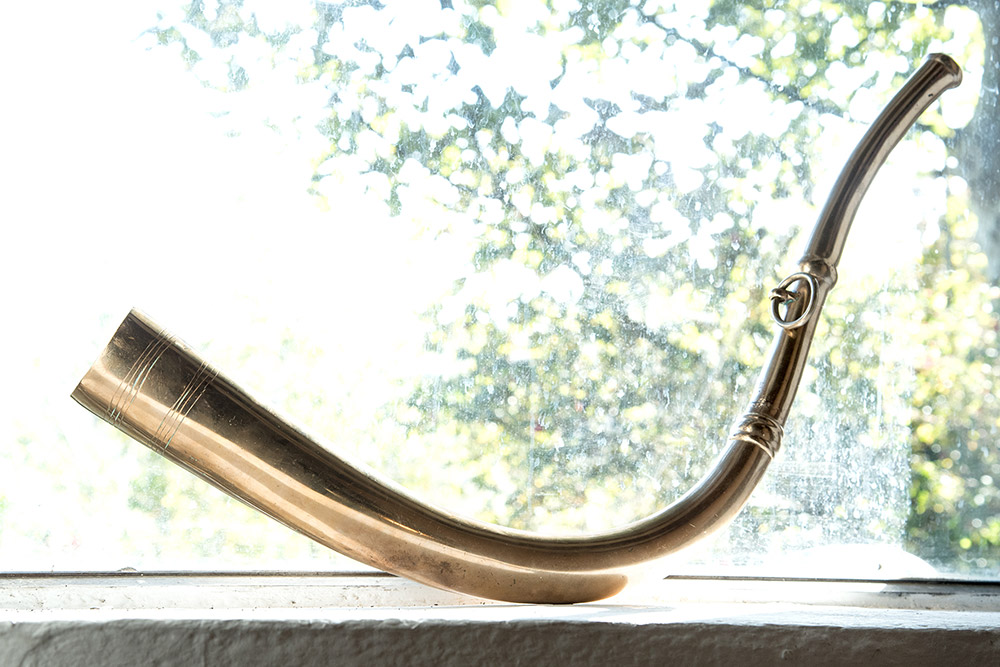 In 1988 latex moulds were taken from original instruments in the Ulster Museum in Belfast, Co, Antrim, Northern Ireland. They had been part of a hoard of two identical pairs recovered in the 19th Century at Drumabest, Co. Antrim. Following the successful making of the other one of this pair, the ‘adharc’, the first casting of a new trumpet (dord ard), was made for Simon O’Dwyer by John Summerville of London in late 1988. O’Dwyer decided to bring the new pair of instruments to Australia.

While he toured there in 1989 he obtained special permission and a permit to visit the Aboriginal Community of the coastal town of Maningrida in Arnhem Land, Northern Territory. His mission was to learn and explore the playing techniques that was employed in the ancient tradition of didgeridoo playing in this community and also to ask their advice about possible playing techniques for the Irish instruments. On his return to Ireland Simon and Peter Holmes visited the Ulster Museum where a musical comparison was made between the new pair of bronze instruments and the 3,000-year-old originals from which they had been reproduced. It was established that though the copies were somewhat heavier and the casting not as fine they were tuned to the same pitch.

Today, this first pair of Bronze Age lip reed wind instruments remain together as the foundation of the research and development of the great family of musical instruments that survive from Irish and British antiquity.